Thousand of Unregistered Motorcycles in Dumaguete

One of the main transportations in Dumaguete City is motorcycles. One can see them almost everywhere. There are many motorcycle lending companies that goes as low as Php 5,000 pesos per month for a motorcycle. There is no wonder that Dumaguete, being the capital of Negros Oriental, will have thousands of unregistered motorcycles. 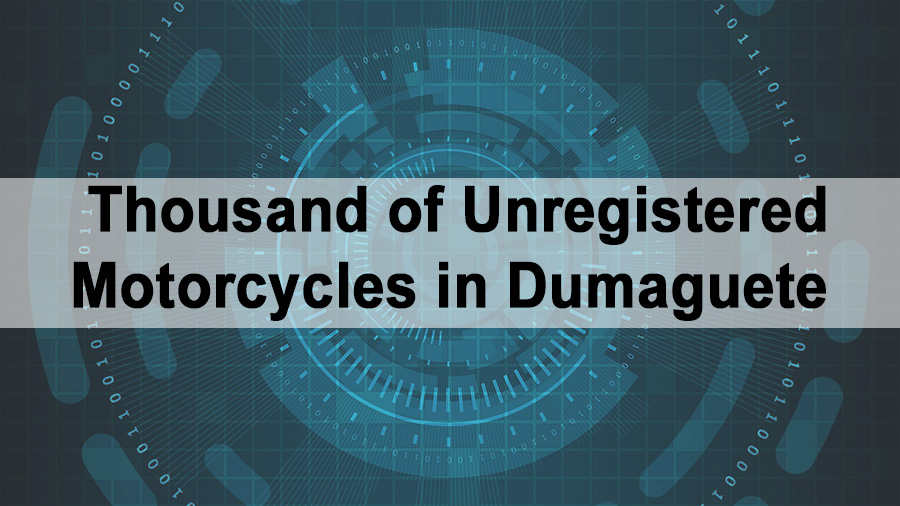 The provincial team of the Highway Patrol Group (HPG) here believes that thousands of motorcycles in Dumaguete City and other parts of Negros Oriental are “unregistered”.

While being tagged as the motorcycle capital of the country, Dumaguete and its neighboring municipalities have a total of 42,159 total registered motorcycles, while 2,940 account for tricycles, compared to 67,000 registered four-wheel vehicles in the entire coverage area of the Land Transportation Office in the city, the Provincial Highway Patrol Team (PHPT) of the HPG disclosed during a press conference Monday.

PHPT officer-in-charge provincial team leader, Police Senior Master Sergeant Aurelio Bodo said the number of registered motorcycles does not reflect the present situation where the majority of vehicles running in the streets are motorcycles.

This goes to show that thousands of motorcycles in Dumaguete are unregistered, he said, although he did not give exact figures. Records also show that with that much number of motorcycles and vehicles, only 28,546 individuals have driver’s licenses.

It is for this reason that law enforcers are concentrating their efforts on the implementation of laws including those of the Land Transportation Code of the Philippines in this capital city.

For instance, HPG records showed that from January to August this year, a total of 2,375 traffic accidents happened all over the province, but 717 of them were in Dumaguete, representing around 30 percent of the total number.

Records further showed that 11.70 percent of deaths from road accidents were also recorded in this city, all of them involving people driving motorcycles without protective headgears or helmets.

Of the 384 that were issued TOPs, violations included 251 who did not have helmets, 86 with no driver’s license, 75 for failure to carry the official receipt and certificate of registration, 34 unregistered motor vehicles, 27 unauthorized or defective accessories, 31 with no seatbelts, 12 for reckless driving, nine for unauthorized modification, six for improper display of plates, overloading and arrogant driver.

Bodo stressed that for now, HPT is not strict yet on the quality of the helmets used by motorists but they will have to enforce what is mandated by the law that helmets should have an Import Commodity Clearance mark.