May 13, 2022 – by Mary Judaline Partlow posted on Philippine National Agency

The election dilemma of government candidates Roel Degamo V.S. nuisance candidate Ruel Degamo will not be handled by the Comelec in Negros Oriental. According to the Comelec, they do not have the authority. Continue reading below! 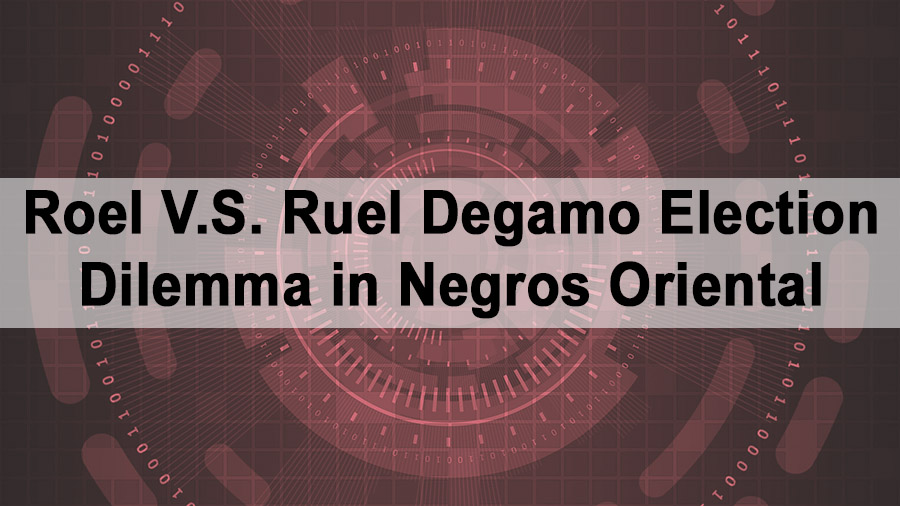 The Commission on Elections (Comelec) in Negros Oriental does not have the authority to transfer the votes earned by a nuisance candidate, who has been disqualified from the elections to the legitimate poll bet.

In an interview on Thursday, lawyer Lionel Marco Castillano, Comelec-Negros Oriental provincial election supervisor, made the clarification amid complaints and verifications from some quarters on the defeat of incumbent Gov. Roel Degamo in the May 9 elections.

Degamo’s camp, however, said the incumbent governor is the rightful winner if the votes of a nuisance candidate bearing the same name except differently spelled, would be transferred to him as that would put him in the lead against Teves. They are now taking legal steps to have the matter settled.

The other candidate, Ruel Degamo, whose real name as mentioned in the disqualification case filed before the Comelec is Grego Degamo, garnered 49,953 votes in Monday’s polls. The governor, on his Facebook page, showed a Comelec decision declaring the other Degamo as a nuisance candidate.

He cited a specific case, Santos vs. Comelec, where the poll body ruled that the votes of the nuisance candidate be automatically transferred to the legitimate candidate. But Castillano said the decision is not yet final and executory as there is a pending motion for reconsideration at the Comelec en banc on the governor’s petition for the cancellation of Ruel’s certificate of candidacy.

“It is only the Comelec en banc that can rule on this petition, and in the event Roel Degamo wins, the proclamation will be held in Manila and not here because we in the Provincial Board of Canvassers have already wrapped up our activities,” he said.

“We proclaimed Henry Teves as the winning candidate based on the actual votes that he earned during the recent elections,” he added.