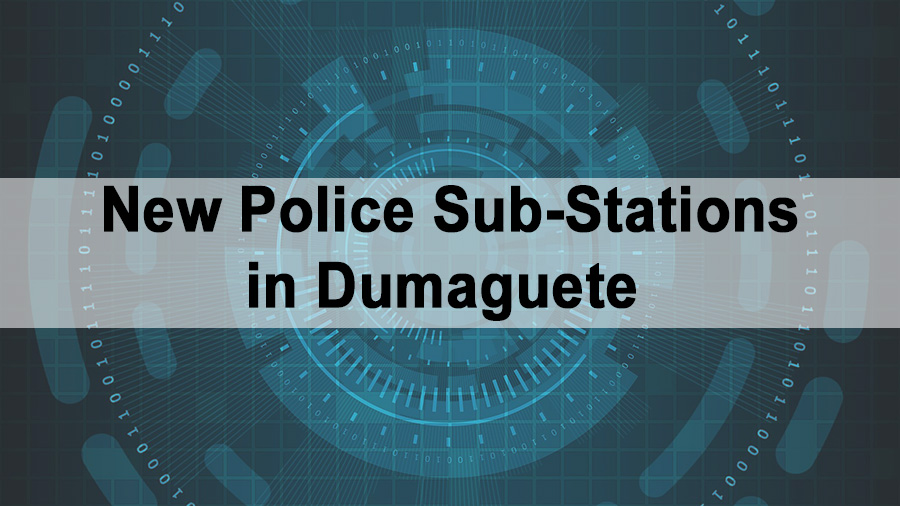 To effectively improve the response time of police personnel, two new police sub-stations were created in Dumaguete City, as mandated by the regional police headquarters. The two new sub-stations, which were formally opened on Wednesday, are situated in Barangay Mangnao and Barangay Buñao in this city.

Col. Raul M. Tacaca, provincial police director, led the simple inauguration of the sub-stations in the presence of police personnel and barangay officials as he highlighted the role of the local government and the residents in maintaining peace and order in their respective communities.

Tacaca said it is part of the Philippine National Police’s strategy to field out police officers to the different barangays and this is being implemented in the different cities.

Tacaca also assured that there would be enough patrol vehicles for deployment to the sub-stations. Meanwhile, OIC Dumaguete police chief Lt. Col. Gregorio Galsim also expressed optimism that with the creation of two new sub-stations in this capital city, the response time would be much faster, considering the proximity of the sub-station to the barangays.

He explained that this is also in compliance with a directive from the Police Regional Office 7 (Central Visayas), headed by its director, Brig. Gen. Debold Sinas. In a meeting last month with Dumaguete Mayor Felipe Antonio Remollo, Galsim noted that Dumaguete City is already almost the size of Lapu-Lapu City in Cebu.

Class A Cities, according to Galsim, have police sub-stations and so this is a challenge for them as it is “high time for the main police station to have satellite offices to bring the police closer to the community.” This is the third sub-station in Dumaguete City, with that in Barangay Cadawinonan established about two years ago.

Tacaca said they are targeting six sub-stations for Dumaguete, while the other cities in Negros Oriental — Tanjay, Bais, Bayawan, and Canlaon — will soon have their own police sub-stations. The barangay officials present during the opening of the police sub-stations in Mangnao and Buñao have assured their support and cooperation to the police assigned in their villages.