There will be 30 Mini Ambulances in Dumaguete City worth of 30 million pesos. Funded by the local Disaster Risk Reduction and management fund of 2018 & 2017, this proposed mini ambulance will maximize preparedness. 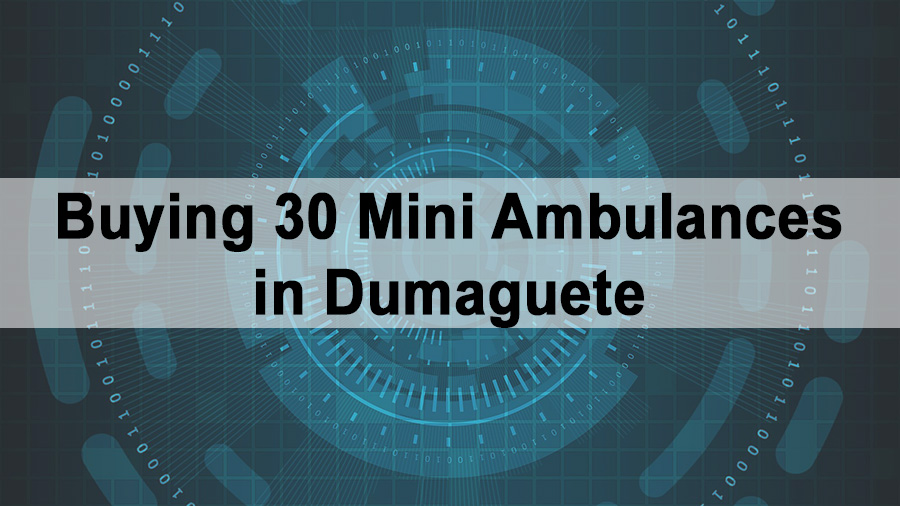 City Disaster Risk Reduction and Management Officer Rizal Benatero said that CDRRMC has proposed the following purchases and projects to be funded by the balances to maximize the city’s preparedness and response during calamities.

Meanwhile, other proposed expenses will also involve the construction of water tower, P 500, 000; conduct of CBMS, P 5 million and the repair of evacuation center P 358, 455.65.

Benatero added that the city also plans to buy the so-called “ambocycle” that will promptly respond to any emergency that will operated by a well-trained first responder capable of maneuvering the unit amid heavy traffic so that first-aid can be administered to victims of accidents or disaster.