The city is allotting 8 Million pesos for closing Dumaguete Dumpsite and maybe making a park and build a new barangay hall. The 35 years old dumpsite has been a problem to the nearby barangays, especially Barangay Candau-ay. Six barangays were declared as a state of calamity by Dumaguete City Mayor. 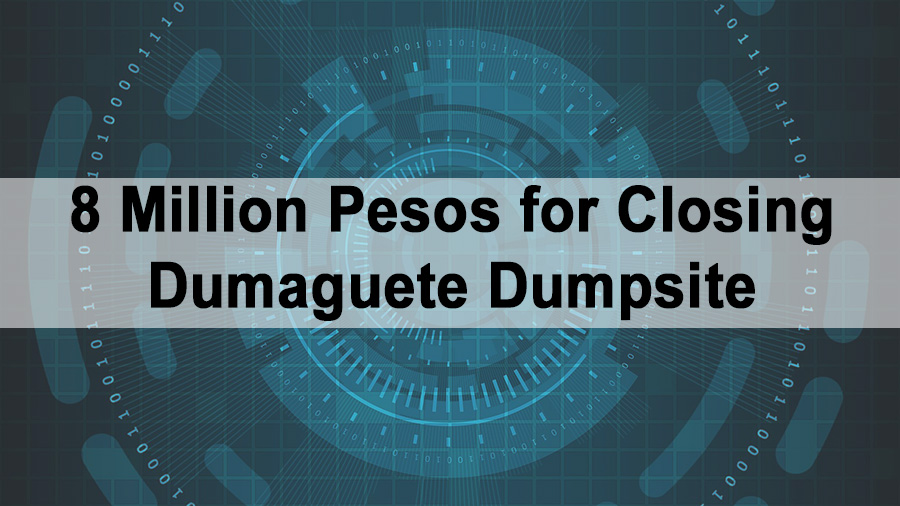 DUMAGUETE CITY, Aug 6 (PIA) – Dumaguete City government has appropriated P8 million for the closure and rehabilitation plan of the dumpsite in Barangay Candau-ay. The amount also includes funds for site grading, stabilization and final cover of the 35-year-old dumpsite.

With the funding being readied, the project will start within this year, according to City Public Information Officer Dems Demecillo. The appropriation is chargeable against the Environmental Management Bureau Solid Waste Management Financial Support Program of the DENR, he added.

The project involves varied tasks: cut and fill/stripping of old garbage outside the perimeter fence near Consuelo Village, transfer of all removed garbage from outside of the perimeter fence to dumpsite area, backfilling of steep slope using excavated materials, cut and fill/stripping of top waste layer of garbage and compacting to 10.00 meters height. Thereafter, ballastro clay and soil will be spread and compacted before the laying of Bermuda grass sods or its equivalent on slopes and carabao grass on the top surface of the dumpsite and planting of “mani” shrubs.

Demecillko said, “Once completed the garbage dump will have a landscape that will resemble a park which will be opened to the public as an open space and could be another site for the new barangay hall and other facilities.”

At present, while waiting for the completion of the central Materials Recovery Facility and sanitary landfill inside the 8-hectare Eco-Park and Waste Disposal Facilities, the trash at the dumpsite is being treated with bio-enzyme to neutralize the odor and hasten decomposition.

The CDRRMC resolution stated that the open dumpsite in Candau-ay has been continuously producing contaminated air that may cause a lot of diseases, significant health and environmental threats both to the people involved in the operations and the wider general public. Mayor Remollo, Vice-Mayor Alan Gel Cordova and the members of the City Council recognized the urgent need to control the foul and nauseating odor emanating from the dumpsite.

How to get a Philippine Police Clearance – Video