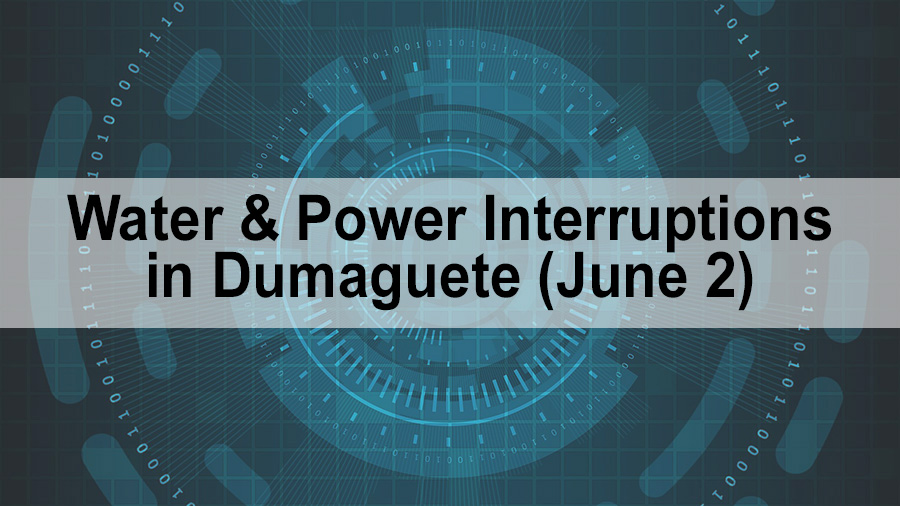 As announced by the Negros Oriental II Electric Cooperative (NORECO II) and the Dumaguete City Water District (DCWD), there will a power and water outage in Dumaguete City. However, NORECO II also announced that there will be no electric supply in the towns of Valencia and Bacong. NORECO II, headed by its General Manager, Lawyer Fe Marie Dicen Tagle, announced that there will be no electricity supply in Valencia and Bacong on Sunday, from 8:30 a.m. to 5 p.m.

Meanwhile, the Dumaguete City Water District also announced that there will be a water service interruption from 8:30 a.m. until 6 p.m. on the same day, and barangays in Dumaguete City to be affected are Cantil-e, Bajumpandan, and Banilad.

DCWD said that this is “in line with the announcement of NORECO II regarding its power service interruption that day because one of the areas to be affected by the power interruption is Barangay Cantil-e where the DCWD Pumping Station 11 is located.”

The water district said that it had encountered a problem with its standby generator and is still awaiting the arrival of spare parts. Because of this, the three cited barangays would have low pressure to no water supply on Sunday.

Pope receives portrait of Jesus as a sugarcane worker