Tough time for smokers. The House of representatives agreed to the Senate version and will raise the tobacco tax for the next years consistently. Affected are all heated tobacco and vape products. Penalties for violators are set to increase, too. Time to stop smoking! 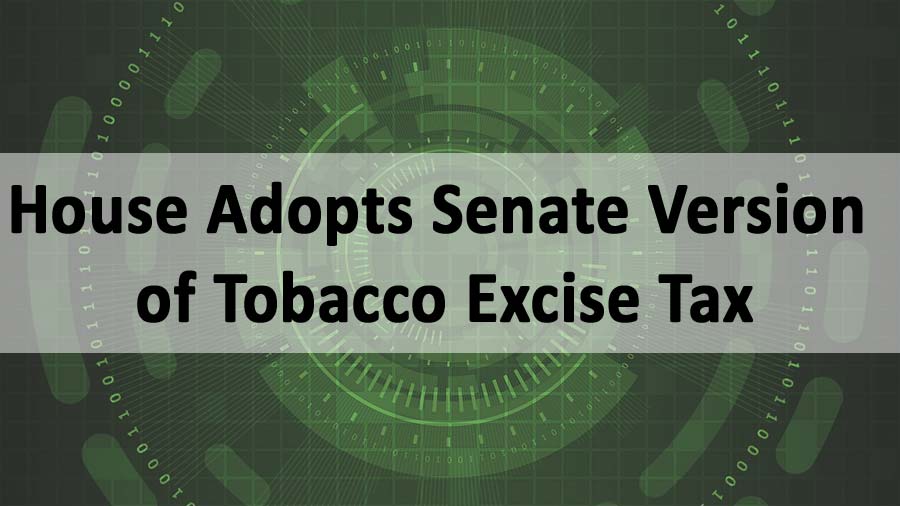 The House of Representatives adopted Tuesday the Senate version of the bill proposing the increase in excise tax on tobacco and vapor products after senators agreed to accept the proposal of congressmen from tobacco-producing provinces for distribution of tobacco tax shared between municipalities and provinces.

The decision became the last bill acted upon by the Lower House before adjourning sine die and closing the curtains for the 17th Congress. The bill also proposes to impose an excise tax on heated tobacco products and vapor products as it increased penalties for violation of provisions of the measure.

Senate Bill No. 2233, authored by Senators Manny Pacquiao, JV Ejercito, and Sherwin Gatchalian took into consideration House Bill 8677 that was passed last December in the House of Representatives.

With the House adopting SB 2233, the Senate version becomes the bill that will be enrolled for the signature of President Duterte. Under the bill, the rates of tax imposed effective January 1, 2020, will be P45 per pack. The amount will be increased to P50 in 2021; P55 in 2022; and finally P60 per pack in 2023. The House version that was rejected called for excise tax rates of a maximum P45 in 2022, to be increased by 4 percent each year, thereafter.

The adopted measure sought the imposition of a five percent increase in excise tax effective January 2024. Former President and Speaker Gloria Arroyo said the congressmen from the tobacco-producing provinces in Northern Luzon are against the 50-50 distribution of tobacco tax shared between municipalities and provinces. The Senate considered the appeal of the Northern Luzon lawmakers.

Suansing said that under the new version, provinces and localities will adopt a 50-50 share of taxes collected from the production of burley tobacco provided that it will not exceed a P4-billion ceiling each year. On the other hand, Virginia-producing provinces will get a 40 percent share of taxes equivalent to 15 percent collection from excise tax collected by the national government. The remaining 60 percent will be divided equally between congressional districts and municipalities.

The bill sets the ceiling of the share of local government units to P17 billion as qualified by Republic Act 7171. Currently, 90 percent of this share goes to the towns and municipalities while the remaining 10 percent goes to the provinces.

DINSPresident Duterte Gay but “Cured Himself”
Scroll to top