The Swim and Save 3.0 gathered more than 340 kg of trash during their coastal clean up in Barangay Calindagan and Tinago. The clean up was supervised by the Barangay Captains. About one hundred twenty nine volunteers joined in this month’s clean up. 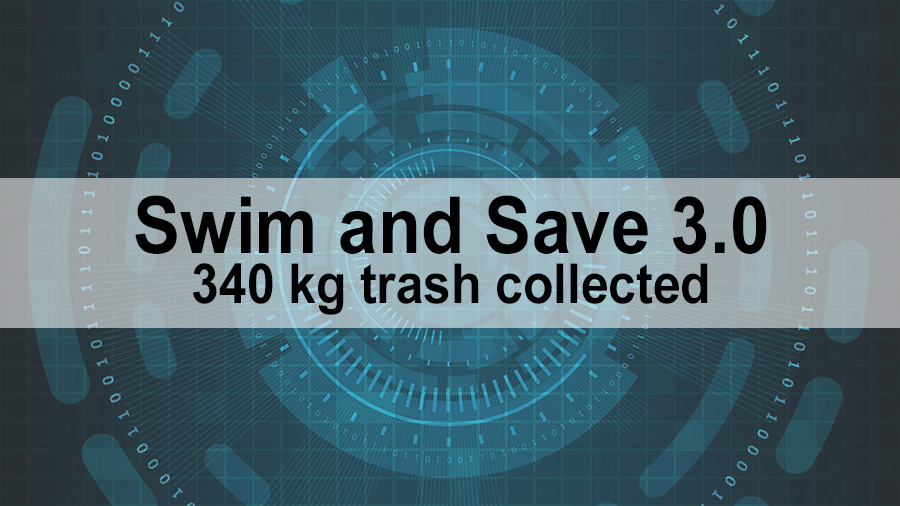 DUMAGUETE CITY, Negros Oriental — A total of 343.5 kilograms of non-biodegradable waste were collected by some 129 volunteers during the coastal and underwater cleanup along the coasts of Barangays Calindagan and Tinago, as part of the Swim and Save 3.0 early this month.

The Swim and Save movement was founded by Dumaguetenos Fearn Ann Acibo, Wayne Banaybanay, Ivan Cristopher Cordevilla and Ben Marc Catubig who come from various universities in Dumaguete but have a common vision of a united community that works towards marine conservation and cleaner seas, as well as foster human health and safety.

This event, in collaboration with the Energy Development Corporation (EDC) targeted three key areas for cleanup including the Banica estuary and its surrounding waters.

Banaybanay said a post-audit of the clean up by the Philippine Coast Guard resulted to the collection of hundreds of water trash mostly made up of plastic bags, food wrappers, straws, cigarette butts, used diapers, nylons and fishnets.

The Save the Seas event also featured a pre-cleanup training on marine conservation and inculcate environmental awareness with speaker, Rhyn Anthony Esolana emphasizing on the 4R’s – Rethink, Refuse, Reduce, and Reuse.

Esolana said we should put more importance on “refuse” as he introduced other local and national movements like Straw Wars PH, Take it Topless, Butts of the Beach that advocate these messages.

“After one week though, garbage is back again. However, because of the regularity of the cleanups, the locals have made it a habit to pick up garbage on their own even before any scheduled cleanup,” Sagarbarria said.

Organizers believe this is a positive outcome of past cleanups and will eventually become sustainable once the locals are actively mobilized and embrace cleanups as part of their consciousness.

“We need to collaborate with other partners, particularly the direct communities affected, to ensure trash-free seas and coasts and hopefully, this will lead to the eventual establishment of the waters as a Marine Protected Area,” Mamhot said.

The “3.0” in Swim and Save 3.0 signifies the third iteration of the movement. Organizers are planning to expand their reach by implementing the Swim and Save 4.0 in Bayawan City, some 100 kilometers south of Dumaguete this November 2019.

Getting a Philippine Postal ID – Video