The huge difference between the Sandurot 2014 Army Night and all other events up to now was, that it started almost in time. Our Dumaguete.com team trusted the tradition to have events starting at least an hour late, therefore we missed the first band, which was according to people in the audience quite good. Our apologies! However, we caught the second band and the dance groups as well as the army-dog demonstration of the Sandurot 2014 Army night. 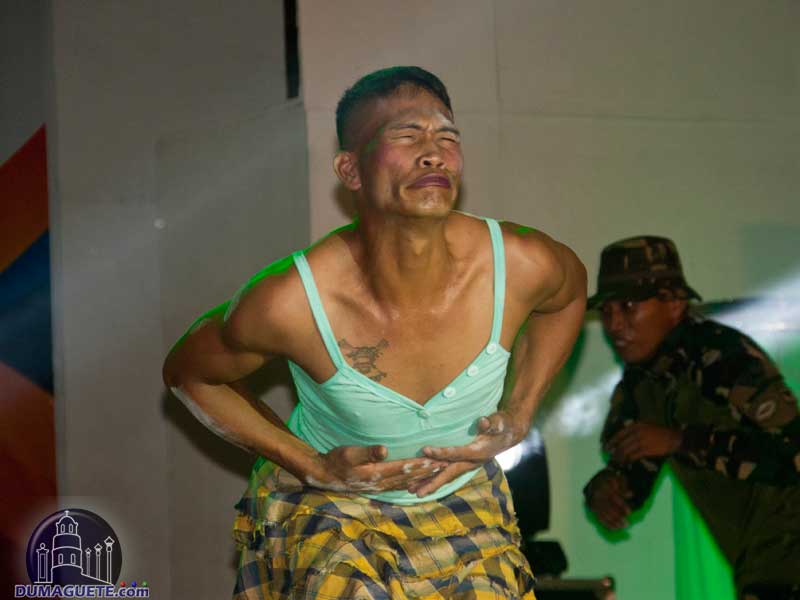 When walking direction venue, we could hear the first tunes of the second band and heard already from a distance that there is certainly a guy playing a guitar-solo who definitely knows what he does. As soon we saw him, we were certain that he also tickled our excitement at the Buglasan “Battle of the Bands”. 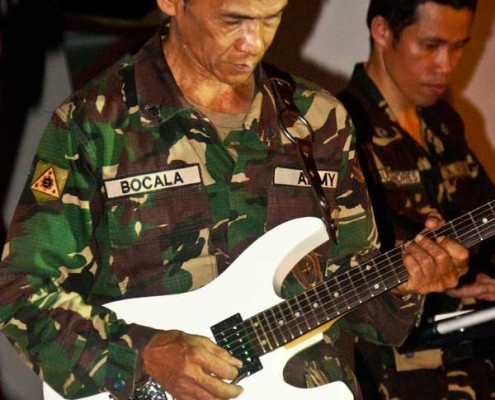 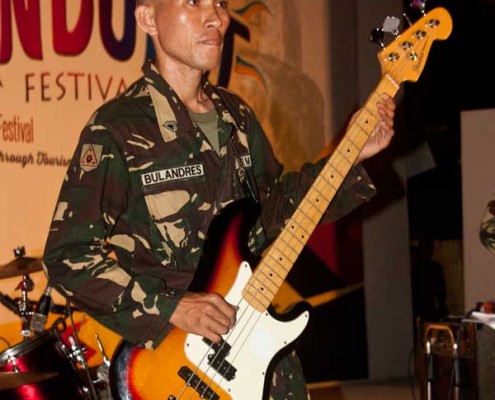 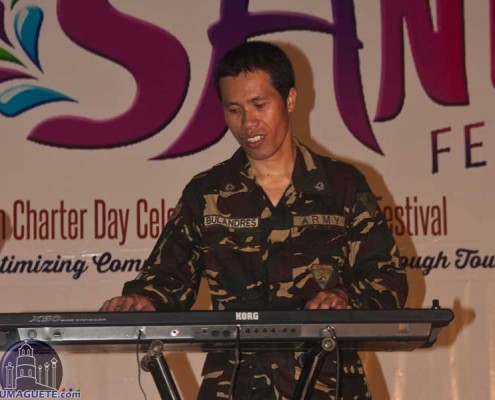 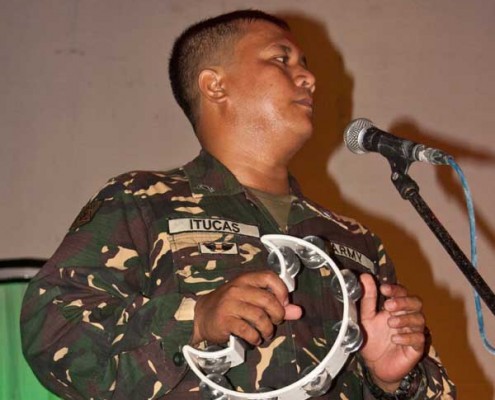 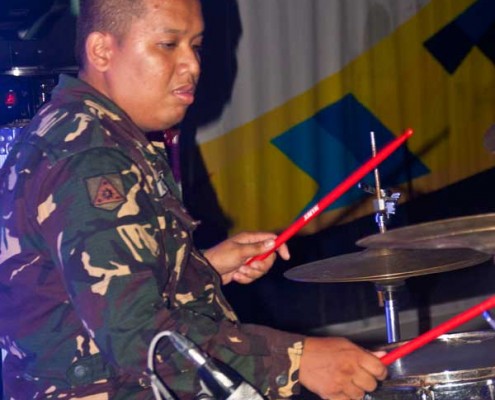 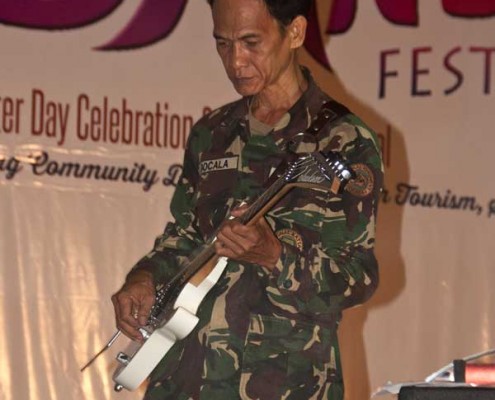 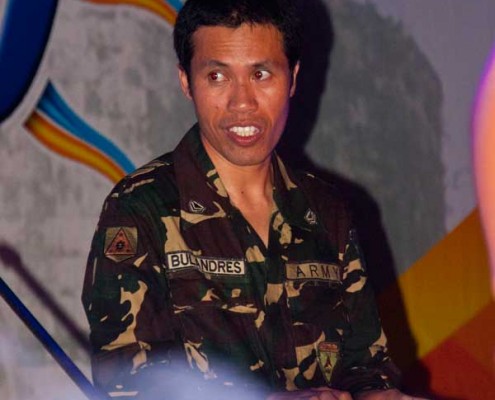 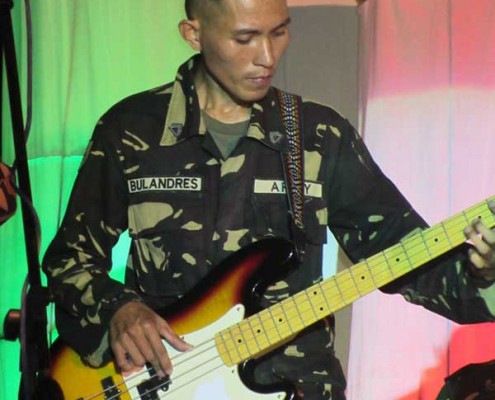 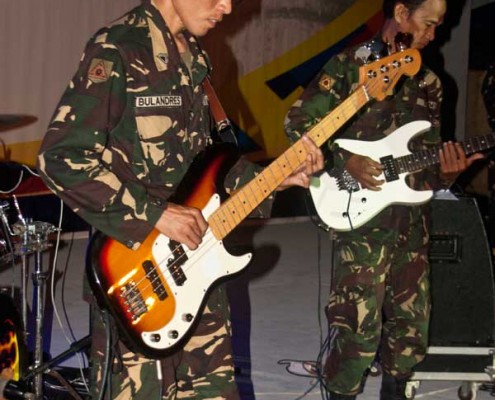 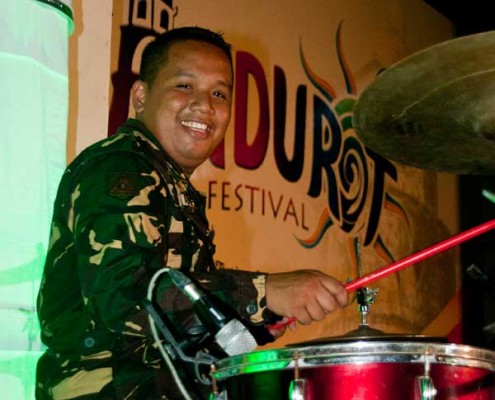 They band was playing brilliant, with a rhythm section like a clockwork and Mr.Bocala on the guitar is a class on his own anyway. The downfalls came with the two holding the microphones trying to put vocals to the brilliant executed music. To be polite, the cats which enjoyed themselves last night in the neighbors garden had more musical talent than the couple. They was certainly also no army members, but the losers from a teenage karaoke contest in the neighborhood. To protect their identity we will not post any pictures of the miss-tuned couple. 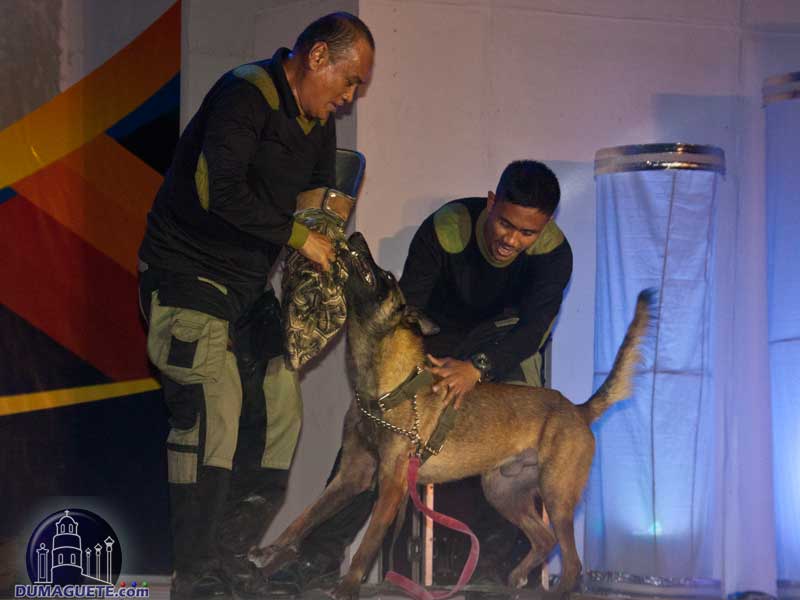 After the band finished their first set two very entertaining dance-groups from Negros and Lapu-Lapu entered the stage at Quezon Park. The guys showed a great sense of humor and kept the audience excited. An army dog handler also appeared for a brief demonstration with two trained and disciplined dogs. 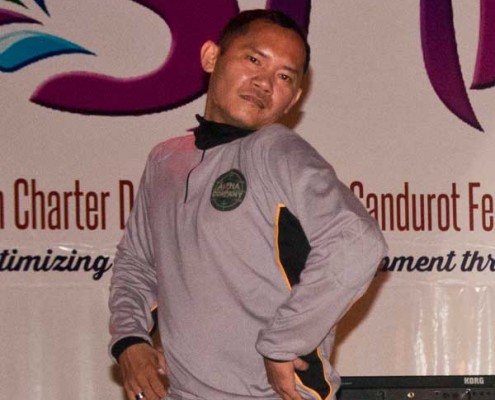 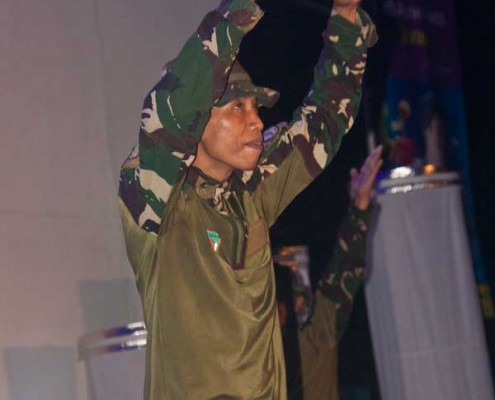 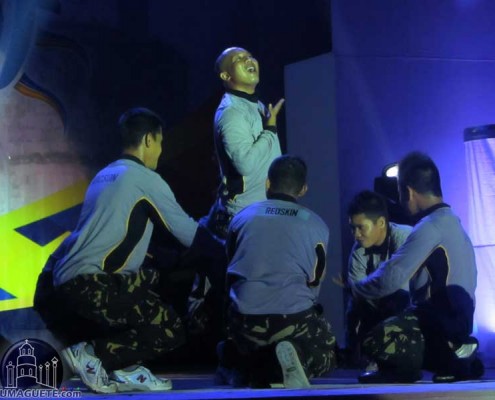 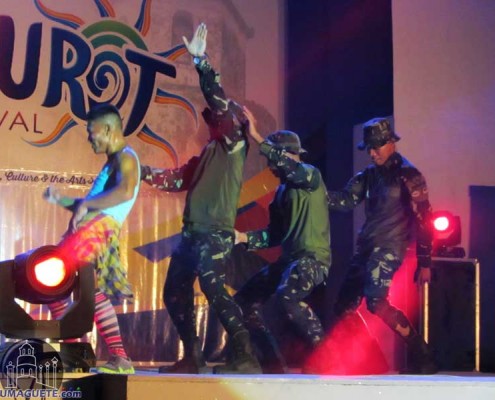 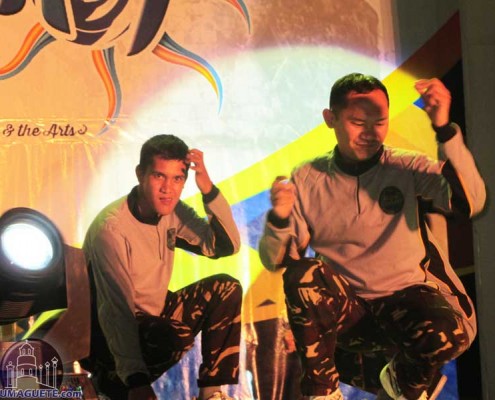 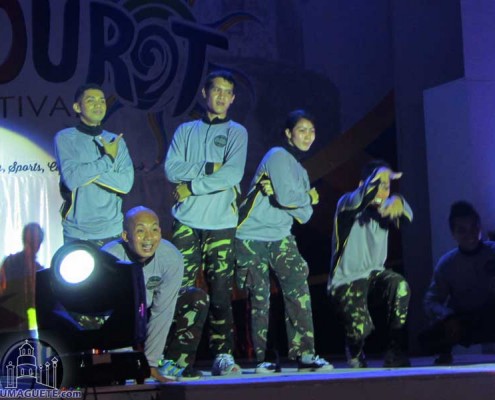 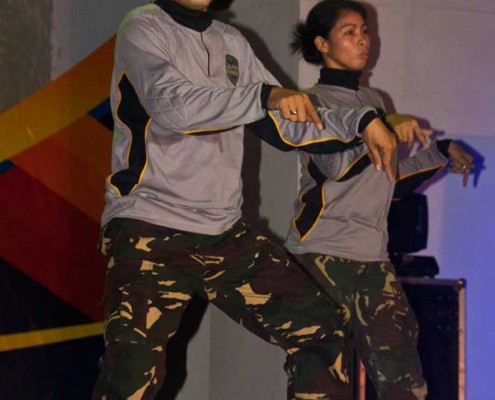 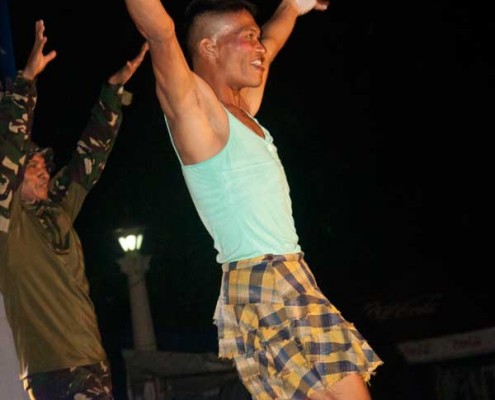 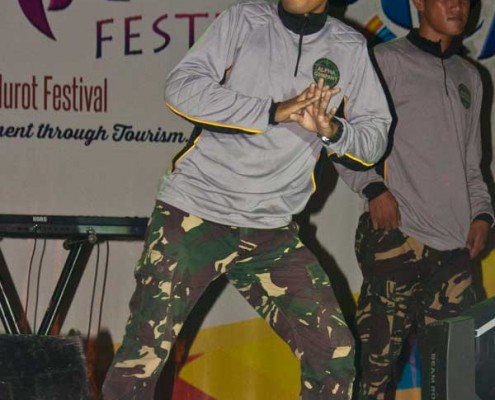 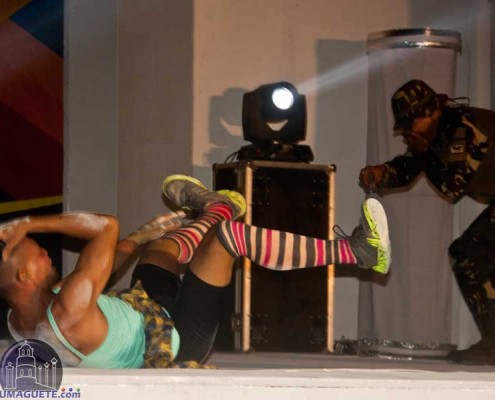 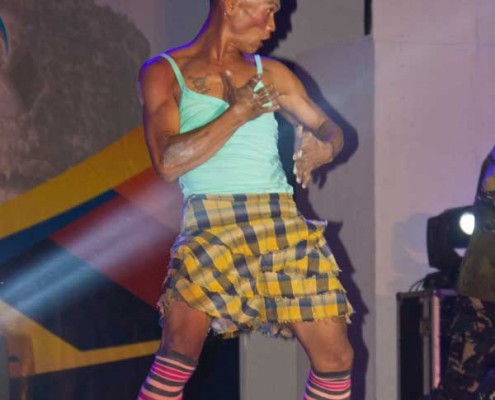 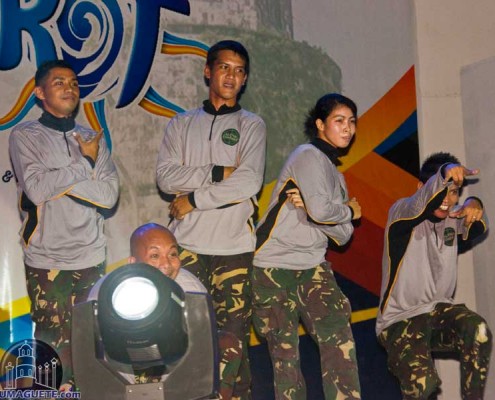 When it was time for the second set of the band, the MC announced a technical problem which needed to be solved first. However, we believe the sound-company simply was the same opinion about the vocalists – obviously feeling pity for the audience to suffer through them again – so they pretended to have a problem and saved therefore hundreds of eardrum.

However, there was no further announcement after 30 minutes and we needed to leave as other duties were calling the dumaguete.com-team. All together we enjoyed most of the performances at the Sandurot 2014 – Army Night Variety Show, as they showed real great talents outside their regular hard job serving the country and protecting its population. 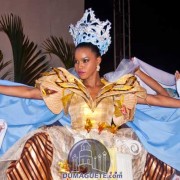