No Entry to Vaccinated Tourists Amidst Omicron Variant – Philippines CLOSED!

There will be NO ENTRY to vaccinated tourists amidst the spread of Omicron variant all over the globe. The Philippine government changed their mind regarding the entry of fully vaccinated foreign tourists in the country starting December 1-15. 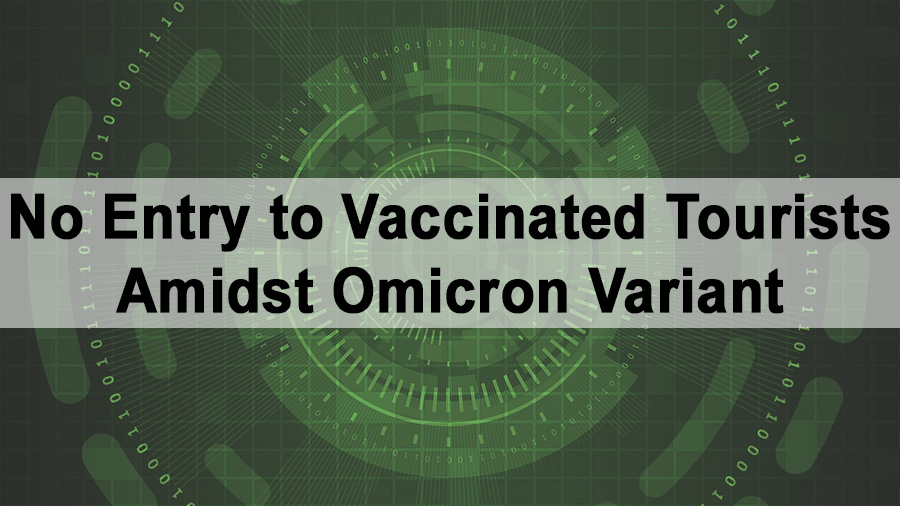 Philippines closed its door to vaccinated foreign tourists amidst the heavily mutated coronavirus Omicron variant. Last November 25, 2021, Philippines allow entry to Fully Vaccinated Tourists from Green Countries Starting December 1-15. However, they have suspended this decision after a stronger variant from South Africa broke out mid-November. So far, the country has no reported case on the new deadlier variant.

The Bureau of Immigration (BI) clarified today, November 30, 2021, that the Philippines is still closed to foreign tourists. BI Commissioner Jaime Morente stated that the country will limit the entry of foreign tourists until the government decides to open the country’s borders again.

The country remains closed to foreign tourists. Only those under the allowed categories as set by the IATF (Inter-Agency Task Force for the Management of Emerging Infectious Diseases), if coming from green or yellow countries may be admitted to enter,” he said in a statement.

The Inter-Agency Task Force for the Management of Emerging Infectious Diseases (IATF) suspended flights from seven European countries in addition to banning several African nations. The ban includes vaccinated foreigners from “green list” and other non-visa countries, or nationals of 157 states who, in accordance with Executive Order No. 408, are allowed to enter the Philippines without a visa for an initial stay of 30 days. For example, Brazilians and Israelis can stay in the Philippines visa-free up to 59 days while those coming from India, Hong Kong, Macau, and China can stay visa-free from seven to 21 days, depending on if they have return tickets or visas issued by other countries, and comply with other requirements.

Cabinet Secretary Karlo Nograles, the acting presidential spokesperson, said the suspension was only temporary. However, do duration was provided. At the moment, only Filipinos, balikbayans, and foreigners with valid and existing visas issued by the BI and other specialized Philippine government agencies are being allowed to enter the country.