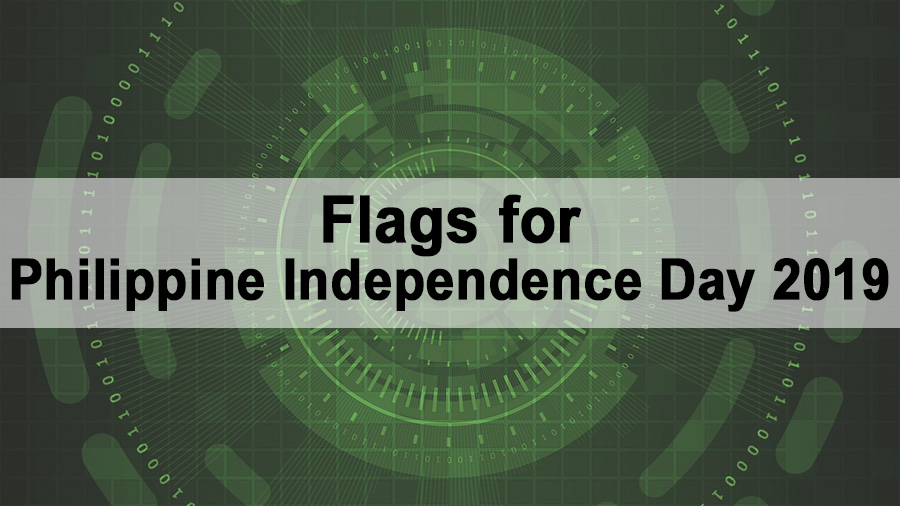 Two key NHCP officials, who are in Siquijor province for a multi-million pesos church restoration project funded by the agency, are highlighting the value and importance of the Philippine Flag, which has been given more relevance following the NHCP resolution declaring May 28 to June 12 as Philippine Flag Days.

“We encourage the display flags in homes, schools, offices and elsewhere as a reminder for all of us that Independence Day is coming and that we are one with the nation in commemorating the sacrifices of our heroes on this very important date,” Rommel Aquino, officer-in-charge of Materials Research Conservation Division of the NHCP, said on Thursday.

“The Philippine flag represents all of the blood, sweat and tears for us to gain our independence from our (Spanish) colonizers and if you really think about it, it represents the collective sacrifice of all of our “lolos” (grandfathers) and “lolas” (grandmothers) before,” he added.

Aquino stressed the need to appreciate the sacrifices of those who had fought for the country’s freedom, at a time when the Philippines is already enjoying it.

“I think it is very hard to appreciate that now, because we are living in a time where the Philippines is already free, and there is very little sacrifice demanded of its citizens today for that freedom, but as an act of appreciation, we imbibe that sense of freedom if we sing the national anthem and raise the flag as we feel their sacrifices,” Aquino said.

On the perceived diminishing participation and cooperation of the private sector on the flying and display of Philippine flags on these dates, such as on public transport like tricycles and jeepneys, Aquino said “it would be nice na makita natin na lahat ng bahay, lahat ng sasakyan may flag (it would be nice to see all the houses and vehicles with flags).”

Aquino, however, recommended the use of plastic flags than cloth or paper for its durability to withstand extreme weather conditions like wind and rain. Richard Baula, a chemist working in the NHCP’s Materials Research Conservation Division and formerly with the agency’s Heraldry Section said the NHCP is the implementing agency of the Flag and Heraldic Law of the Philippines.

The law provides the regulations, guidelines and control in the proper use of the flag and other national symbols, such as the national anthem, especially for commercial purposes, in coordination with other government agencies, he said.

Baula enjoined the public to show respect for the Philippine flag and be guided in the proper manner to handle and use it, and observe prohibitions as stated in the law.

President Duterte Gay but “Cured Himself”