There are at least twelve fake investment companies in Negros Oriental. The National Police are doing their best to crackdown these frauds. Presence of fake investment scams has been detected in parts of Regions 7,8,9,10 and 11 although there are no reports yet if they have already reached Metro Manila. 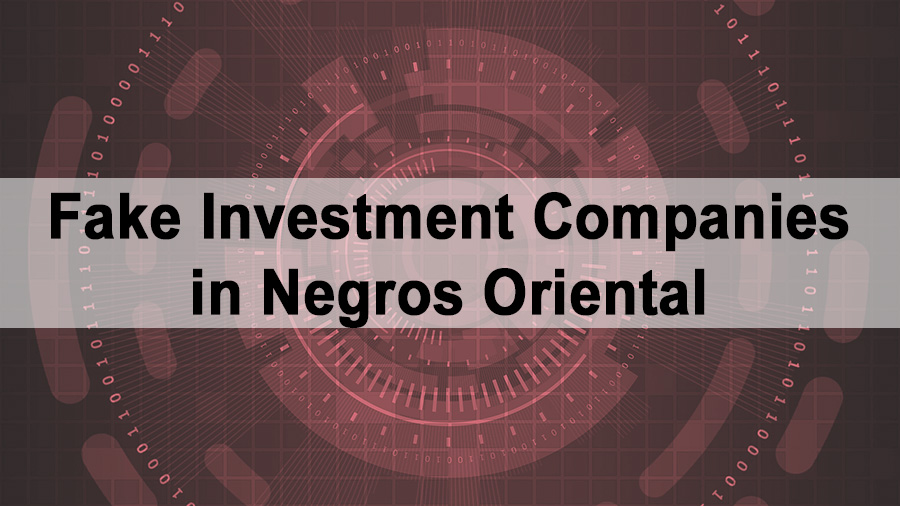 “The PNP and NBI are working on it, and we have already made case build-up. Within the week, merong resulta ‘yan,” he told a press conference at Camp Crame.

However, Gen. Albayalde added that the PNP does not yet have solid pieces of evidence against the personalities behind the fake investment scams.

PNP Criminal Investigation and Detection Group director Major General Amador V. Corpus said that three weeks ago, they filed criminal and administrative charges against the personalities behind the operations of the Police Paluwagan Movement or PPM which was shut down last March after it victimized many local police officers and personnel of billions of pesos.

Among those charged were three senior police officials who used to be assigned with the Police Regional Office 12, said Corpus. Gen. Albayalde confirmed that presence of fake investment scams have been detected in parts of Regions 7,8,9,10 and 11 although there are no reports yet if they have already reached Metro Manila.

The PNP chief said that everybody needs money to spend but all must be aware of these scams.

Last Saturday, President Duterte ordered the PNP and the NBI to crack down on well-organized groups engaged in multi-million peso investment scams which have victimized tens of thousands of Filipinos including law enforcers and other government employees.