The shitstorm on social media pages was just the first round of protests, after the Negros Oriental Provincial Police Office announced last Tuesday not only to implement the controversial “No Backrider Policy”, but also the “One Pedicap – One Passenger” Policy. The NOPPO explains through PCOL Arnel B Banzon, PD, that Provincial Director for Operations PLTCOL Timmar J Alam gave orders to all Chiefs of the different City and Municipal Police Stations in Negros Oriental to enforce the said guidelines on NO BACKRIDER with NO EXEMPTIONS and further implement one passenger per tricycle so that proper physical distancing should be religiously implemented including on jeepneys and buses. 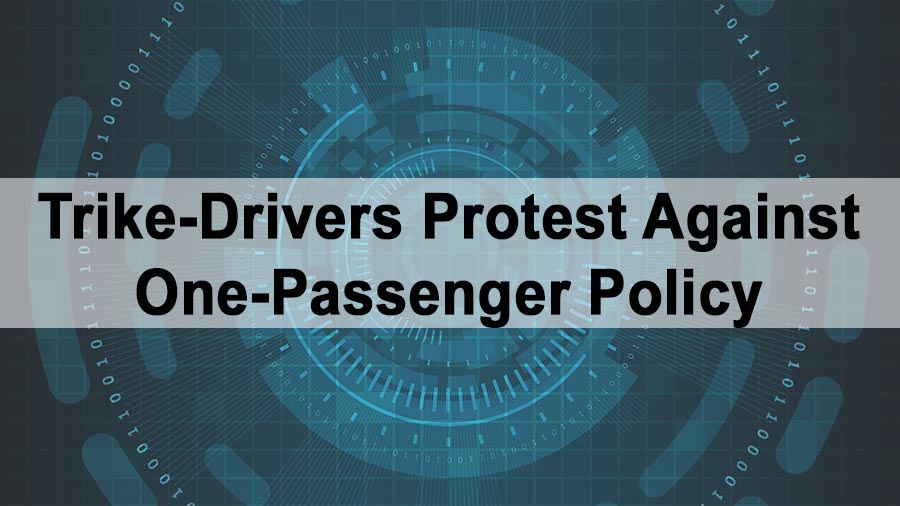 The Guidelines on Banning Backriders regardless of family relations as approved by the National Inter-Agency Task Force for the Management of Emerging Infectious Disease (NIATF-MEID) will be strictly implemented here in the Province of Negros Oriental during General Community Quarantine period.

Likewise, PCOL ARNEL B BANZON, PD, NOPPO thru the Deputy Provincial Director for Operations PLTCOL TIMMAR J ALAM gave orders to all Chiefs of the different City and Municipal Police Stations in Negros Oriental to enforce the said guidelines on NO BACKRIDER with NO EXEMPTIONS and further implement one passenger per tricycle so that proper physical distancing should be religiously implemented including on jeepneys and buses.

PCOL BANZON is appealing to the people of the province to be patient and abide with the IATF-MEID protocols and guidelines set forth to protect everyone from the infectious and dreadful COVID19 disease.

A group of tricycle drivers in this city is planning to hold a transport strike on Monday to protest the implementation of the “no back rider (pillion ride) policy” and the “one tricycle, one passenger policy” in Negros Oriental.

At least 900 drivers belonging to the Federation of Dumaguete Motorcab Owners and Drivers Association (FEDUMCODA) were expected to join the strike on June 15, according to organization president, Edmar Santos.

Santos said he talked to some drivers’ associations in the neighboring towns about joining the strike against the policies of the Department of Transportation (DOTr), which took effect here last June 11 after it was put on hold for more than two months. He said he hoped that the national government would reconsider its policies following their protest action on Monday.

Before the national policy was strictly implemented, local officials had allowed tricycle drivers to load up to two passengers so that physical distancing may be observed amid the COVID-19 pandemic.

The Negros Oriental Provincial Police Office (NORPPO) earlier said in a statement that the DOTr policy would be strictly implemented as mandated by Police Regional Office in Central Visayas chief, Brigadier Gen. Albert Ignatius Ferro. The implementation of a policy that banned pillion riding gained the ire of netizens in Dumaguete City, which has long been regarded as a motorcycle capital in the Philippines.

Mayor Pryde Henry Teves of Bayawan City in Negros Oriental opposed the policy since families needed easier access to movement to ensure that they could work amid the pandemic.

He added that family members who stay together at home must also be allowed to ride motorcycles together.

“I’m totally against it because the motorcycle-riding allows a back-ride. The purpose of a motorcycle is for ease of transport,” he added.