Some of the jeepney drivers in Manila are left stranded amidst the coronavirus pandemic that has hit world-wide. Since March 15, 2020 these drivers were stopped to operate and make a living. With the sudden closure of the borders and the stop of public utility jeepneys (PUJs), they were not able to save enough money for traveling back to their hometown. 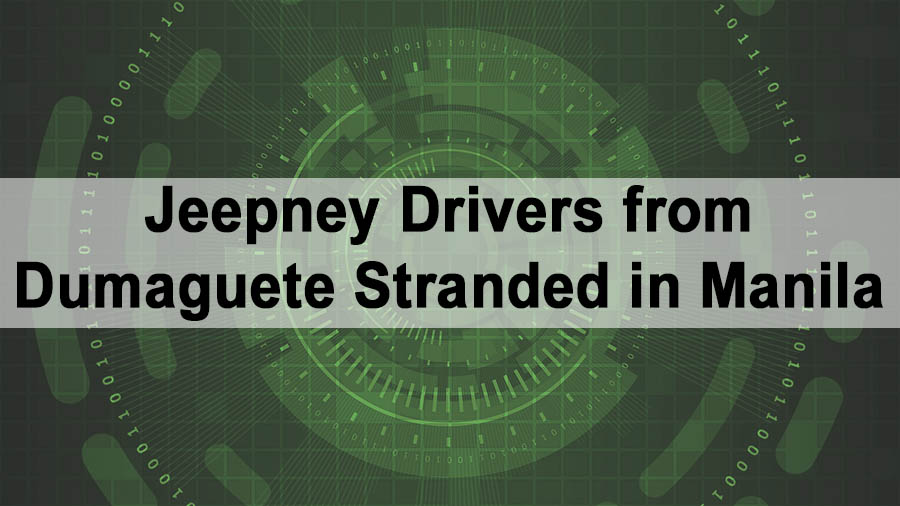 For a group of drivers living inside their vehicles since March 15, 2020, these meant waiting for more than 80 days to ply their routes again and resume their livelihood.

But, on June 1, the first day of the GCQ in Metro Manila, those hopes were dashed as the government decided that no public utility jeepneys (PUJs) will be allowed on the streets yet.

Just as there was no plan on how most people going back to work would commute, except for the trains and bus augmentations on major roads, there seems to be on the fate of the jeepneys drivers.

These jeepney drivers are stuck near a small park surrounded by trees beside the Chino Roces monument in Barangay Paligsahan in Quezon City.

The drivers are mostly migrants, many of them from Dumaguete, Negros Oriental. Aside from their home province, the only thing these drivers have in common is that their routes, one way or another, cross or travel along Roces Avenue in Quezon City.

Similar to overseas Filipino workers (OFWs), these domestic migrants save every centavo they can so they can send money to their family or relatives back home in the provinces, even if it means renting small rooms in slums near their routes or living in the jeepney. Most of them rent the vehicle from operators.

When the quarantine was imposed in Metro Manila, they not only lost their dwellings but also their livelihood. It also meant that living in their jeepneys became not an option but a necessity.

The short span of time between the announcement of the quarantine and its implementation gave them no time to go home to their provinces, assuming they had money saved to travel to begin with.

Thankfully, the respective barangay captains of where the jeepney drivers live gave them relief goods. Landladies and landlords were also kind enough to let them rent their rooms without pay. Some of the drivers were even considered for the Social Amelioration Card, a cash aid worth P8,000, even though they are not registered residents of Bgy. Paligsahan, because they got stranded there when the quarantine was imposed.

Modified General Community Quarantine (MGQC) Regulations as of May 29, 2020