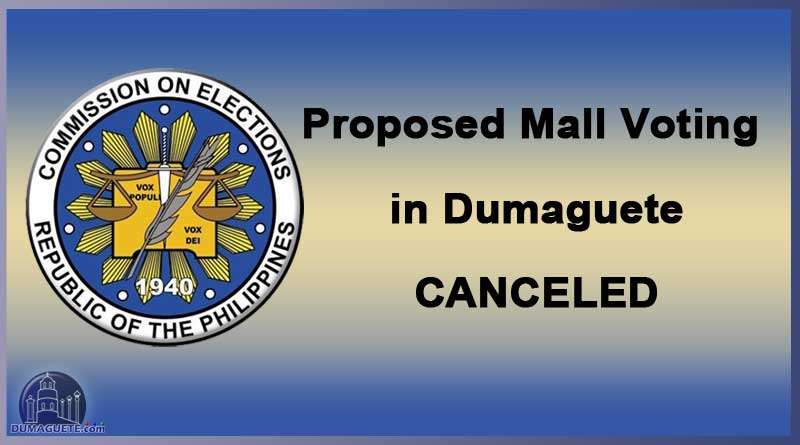 Earlier this year, the proposal of conducting mall voting was escalated mainly because it is more accessible and would simplify voting procedures for senior citizens and people with disabilities. Precinct Nos. 105A, 105B, 106A, 106B, 107A, 107B, and 108B at the Dumaguete City High School in Calindagan should have been transferred to Robinson Place in the same Barangay.

However, the Commission on Higher Elections (COMELEC) in Negros Oriental has voted on disregarding the proposed mall voting primarily because there are subjects on legality that are still left unanswered. Furthermore, Acting Provincial Election Supervisor, Lionel Marco Castillano considered it to be a good idea and said that it could be adopted in the next election.

Due to the lack of space in Comelec’s office, the stationing of the vote counting machines (VCMs) for Dumaguete City has been postponed to May 6, 2015, in which they will also be conducting the last run-through of the units before the election proper.

Castillano ensured that he will be hands-on in overseeing the simultaneous distribution of the VCMs to the 19 towns and 5 cities of Negros Oriental, excluding Dumaguete City.

Negros Oriental in May 2016