The Dengue Cases in Negros Oriental has risen since last year and it is expected to continuously rise during this rainy season. The Department of Health (DOH) are considering their 4-Strategy. This Strategy is composed of Search-and-Destroy activities, Self-protection, Seeking early doctor’s consultation, and Saying No to fogging unless in the event of an outbreak. 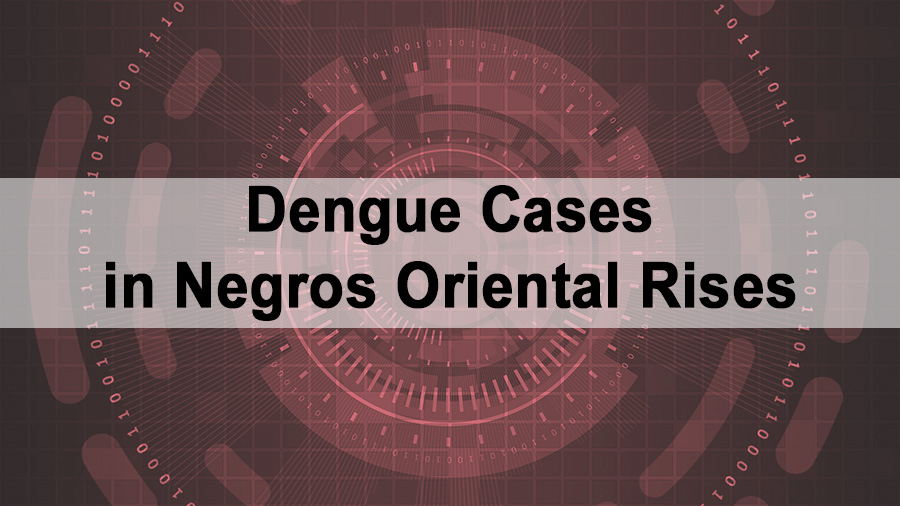 The total number of dengue cases in Negros Oriental from January 1st to June 15 this year rose by more than 200 percent compared to the same period of last year, with cases still expected to rise in the coming months.

As of latest count from the Department of Health (DOH)-Negros Oriental, a total of 1,469 cases with five deaths have been reported from different parts of the province, said Dr. Socrates Villamor, DOH provincial chief, during the “Kapihan sa PIA” forum Tuesday afternoon in nearby Sibulan town.

The figure is higher by 253 percent compared to the 416 cases and five deaths recorded during the same period last year, he said.

Dumaguete City, the provincial capital, tops the list of the 10 towns and cities with the highest number of dengue cases at 256 and one death.

The other dengue casualties are from Sibulan and Manjuyod with one each, and two in Basay.

Villamor also disclosed that there are at least three barangays in the province that are being closely monitored for a possible declaration of a “dengue outbreak”.

These are the “critical” villages of Poblacion (seven cases) and Bal-os (18) in Basay and Inapoy (18) in Mabinay, where cases were reported from May 19 to June 15, DOH-Negros Oriental records show.

Villamor warned that the number of dengue cases in the province is also expected to rise this rainy season. He called on the people to participate in implementing anti-dengue measures, such as the so-called 4-S strategy.

These include Search-and-Destroy activities of mosquito-breeding grounds as well as maintaining cleanliness in the household, Self-protection measures such as wearing long pants and using insect repellent lotion, Seeking early doctor’s consultation following the manifestation of symptoms, and Saying No to fogging unless in the event of an outbreak.

On top of this, the year 2019 is on the third-year cycle of being an “epidemic” year, although thankfully, there is still no indication that the province will reach this stage, Villamor said.

In 2016, the province of Negros Oriental reported the highest number of dengue cases within a 10-year period since 2009, pegged at 5,760 with four deaths.

Meanwhile, the local government unit (LGU) of Sibulan is undertaking different measures to prevent further rise in the number of dengue cases.

Sibala said as of the latest count since January this year, Barangay Maslog has the highest number of cases at 50; followed by Boloc-boloc (28); Cangmating and Magatas (20 cases each); Tubtobon (19); Agan-an (nine cases with one death); Ajong and Poblacion (seven each); Balugo and Looc (four each); and San Antonio and Tubigon (three cases each).

Only two villages — Calabnugan and Enrique Villanueva – have no dengue case reported, she said.

Sibala said they conducted an entomological survey to investigate areas with dengue cases and have fielded nurses, midwives, and barangay health workers on a house-to-house campaign to check on the presence of stagnant water in containers and “kiti-kiti” or mosquito larvae.

The doctor lamented that while the chemicals for the impregnation of mosquito nets are given for free, some residents have not heeded the call to proceed to their assigned areas for this.

They have also provided chemically-treated mosquito nets to schools such as those in Maslog, Sibala said.

Early this year, the Sibulan LGU also conducted a mass blood donation for dengue patients and another is scheduled on July 11, she added.

Sibala called on Sibulan residents to cooperate with authorities, stressing that “prevention is better than cure”. They will continue with the entomological survey in the coming weeks as well, she said. (PNA)

DINSProposal for Another Congressional District in Negros Oriental
Scroll to top