Proposal for Another Congressional District in Negros Oriental 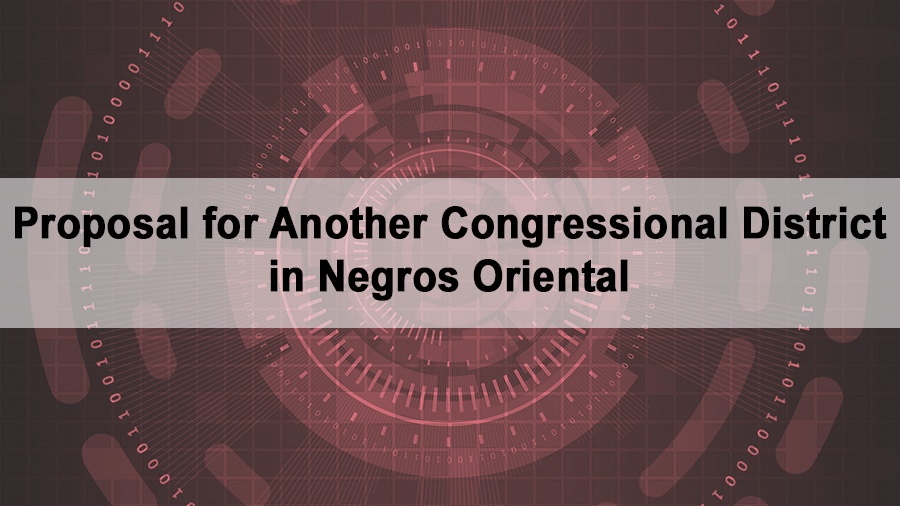 DUMAGUETE CITY – Representative Manuel Sagarbarria of the second district of Negros Oriental is optimistic about his proposal to create an additional congressional district in the province.

“All requirements can be complied with,” he said on Thursday.

The lawmaker’s proposal is to split the second district into two.

Sagarbarria, however, said it would be a welcome development if the first and the third districts will give up one municipality each to form the additional district. Under the proposal, Dumaguete City and the municipalities of Sibulan, San Jose, and Amlan will comprise one district, while another will include Pamplona and Mabinay towns and the cities of Tanjay and Bais.

Sagarbarria cited the difficulty of handling a district that has three cities and five municipalities with more than 500,000 population and registered voters of 339,000.

With an additional district, management would be easier and more income would be generated although a bigger budget would also be required, he added.

The first redistricting in Negros Oriental was created in 1907 and the second in 1986, dividing the province into the current three congressional districts. (PNA)