Negros Occidental and Negros Oriental might soon be reunited with their original regions – Negros Occidental with Region 6 and Negros Oriental with Region 7.  This was amidst speculations that an Executive Order (EO) repealing the creation of the Negros Island Region (NIR) is awaiting President Duterte’s signature.  Presidential Assistant for the Visayas Michael Dino said Saturday that NIR can still be revised because it has not been fully implemented. 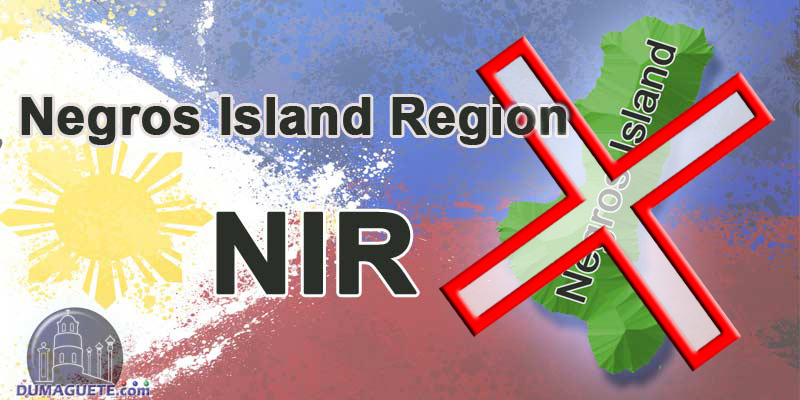 It can be recalled that it was also through an EO that NIR was created.   Then President Benigno Aquino III signed Executive Order No. 183 last May 29, 2015, upon recommendation of former Department of Interior and Local Government secretary (DILG) and May 2016 elections presidential candidate Manuel Roxas II, separating Negros Occidental from Western Visayas and Negros Oriental from Central Visayas to form the NIR.  The rationale for the unification of the two provinces into a one-island region was to accelerate economic and social development in the area and to improve delivery of public services.  Upon approval of EO 183, amendments to the 2016 budget were proposed but due to time constraints, allocations for the two provinces were retained at their respective regions.

Department of Budget and Management (DBM) Secretary Benjamin Diokno, in an interview during the oath-taking of officials of the League of Municipalities of the Philippines in Malacañang Tuesday, said that for budget year 2017, a total of P19 billion was requested by various agencies for NIR alone and for him, this amount cannot be accommodated in the proposed budget because they have other priorities to cater to.  And with the impending shift to a federal form of government, spending that much amount will be a futile exercise.  The two provinces will get their allocations from their original regions for provision of services, a practice done prior to their unification.  He further added that the issues on delivery of basic services within the region can be addressed through technological advancement.

Former Negros Occidental governor Rafael Coscolluela, a staunch advocate of the one-island region during his term, welcomes the drafting of the NIR bill which need to be discussed down to the people’s level.  However, he pointed out that they do not have the luxury of time.  The most that Congress will act on it would be by the middle of next year and by that time, there may have been decisions made to render the passage of the bill useless.  He is saddened by the fact that meaningful dialog was not made which could have shed light to those proposing for its abolition.  If Negros Island Region will be eventually dissolved, it will be recorded in history that the Negrenses put up a good fight.

Ma. Lina Sanogal, Negros Occidental Provincial Planning and Development Officer, pointed out that the NIR was a step towards correcting a historical error, that of dividing Negros Island into two separate administrative regions which is the only island in the country with this kind of arrangement (prior to NIR).  Upon implementation of EO 183, Negros Island has survived and accomplished much with the interim regional offices put up in different locations.  She added that when Diokno assumed office at DBM, he immediately ordered the exclusion of the 2017 NIR budget and recalled DBM-NIR acting regional director despite public pronouncements of Duterte that he will not revoke NIR if it is the will of the people.  Roxas won in the presidential race in both Negros provinces.

Yves Akol, PDP-Laban NIR secretary general, said that he favors federalism and will respect whatever decisions will be made by Duterte.

.  He said that what is primarily needed is the budget for personal services and operating expenses and, leaving infrastructure expenses out of the picture, the amount will not surely total to P19 billion.

Negros Oriental Governor Roel Degamo said that they are ready to go back to Region 7.  As long as EO 183 is in effect however, they will continue to operate as mandated.  He added that when told of the possibility of an executive order repealing EO 183, Negros Occidental Governor Alfredo Marañon, Jr. and he made no objections.

Governor Marañon refused to comment at this time saying that he will wait for Malacañang’s decision.