Air Asia to Operate Flights in Dumaguete this 2021

Back in January, Air Asia Inc. announced that they will launch three more domestic routes in the Philippines. They plan to operate flights in Dumaguete City, General Santos, and Zamboanga City. About an hour ago, the official government page of Dumaguete City uploaded a few pictures of the city mayor and Philippine Air Asia assistant manager having a meeting. Mayor Felipe Antonio Remollo expressed his supports for the new Manila-Dumaguete route during the said meeting. 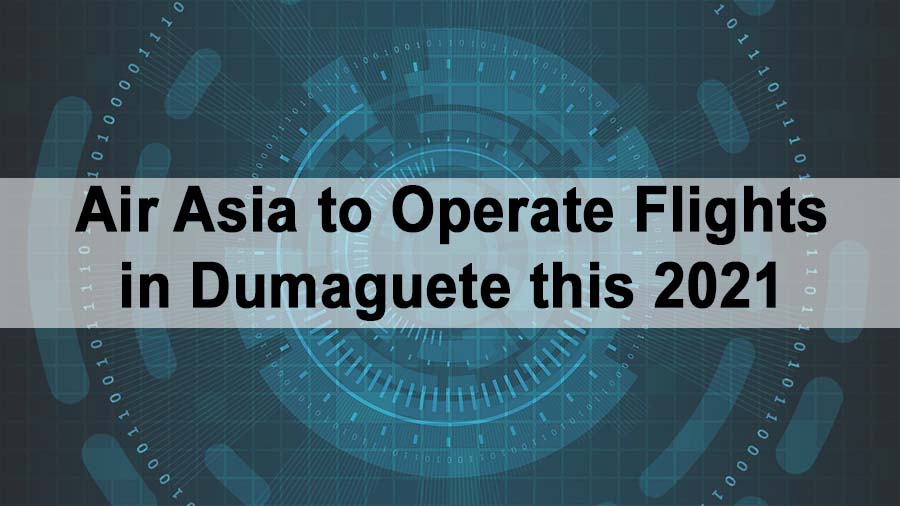 A news release on Wednesday from the city government of Zamboanga quoted the company’s chairman, Joseph Omar A. Castillo, as saying that the low-cost carrier is opening its services in the city because it believes in the leadership of the local officials.

“We believe in the plans and programs of the city that it is one of the leaders in Mindanao that can push for economic development in this part of the region,” he was quoted as saying in a press briefing there.

The city is led by its Mayor Maria Isabelle Climaco-Salazar and Vice Mayor Rommel S. Agan.

Mr. Castillo said the company, which operates under the trade name AirAsia Philippines, considers Zamboanga City as a market that it “cannot miss,” noting that there has been an increase in the volume of airplane passengers travelling to the area.

The Zamboanga City government said further that the low-cost carrier “will open two flights” daily from the city to Manila beginning March 15. An 8320 aircraft, which has a capacity of 180 passengers and a single class accommodation, will be serving the Zamboanga-Manila route.

It added that the airline company will also be opening routes in General Santos City and Dumaguete City this year.

Mr. Castillo was also quoted as saying that airfares for Zamboanga-Manila flights could go down as what has been observed in other destinations, especially in Bacolod City where fares went down by 25%. The route was opened in October last year.

The company announced early this month that it was increasing the frequency of its flights in high demand domestic and international destinations this year.

Ricardo “Ricky” P. Isla, AirAsia Philippines chief executive officer, said the move is in line with the carrier’s vision of allowing its guests to tick-off more destinations from their travel bucket list.

AirAsia Philippines operates more than 500 weekly domestic and international flights from its hubs in Manila, Clark, Cebu and Kalibo.

Among the flights that will have increased frequencies are those from Clark to Iloilo and vice-versa, which will have daily flights. Flights from Cebu to Kuala Lumpur, Malaysia and vice-versa will increase to four times a week.

Starting on March 29, the airline will have daily flights between Cebu and Puerto Princesa. Flights from Clark to Tacloban and vice-versa, will be four times a week.

AirAsia operates in Malaysia, Indonesia, Thailand, the Philippines, India and Japan. Its services include hotels, holidays, activities and online shopping, as well as integrated logistics and digital financial services.

To read more about flights in Dumaguete and Dumaguete City Airport click here!