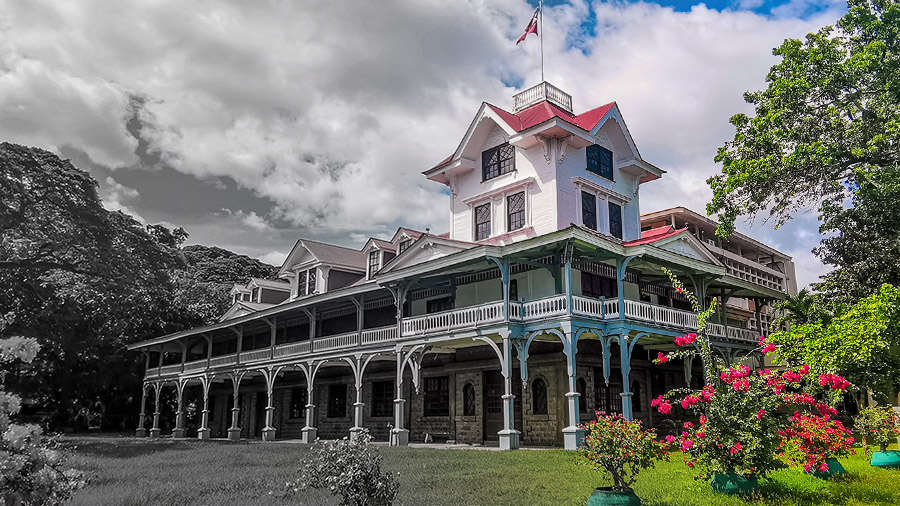 Without physical remembrances of the past, people might start forgetting about their culture. Fortunately, preserved pieces of history can help them appreciate and remember everything that has led everyone up to this point. For instance, museums and photographs, among other historical preservations, provide a rich story of the past. Sometimes, these preservations can even be entire structures or buildings such as Silliman University in Dumaguete City. Even as an educational institution, its aging physical structures tell stories about significant periods in Philippine history, a veritable museum in itself.

So, if you’re visiting Dumaguete City, try dropping by Silliman University for a glimpse of the area’s history. The university administration accommodates tourists who wish to explore the campus grounds, with staff even dedicated to driving people in the Silliman Cruiser vehicle for tours. Also, if you’re planning to stay a while to explore the city, there are plenty of hotels in Dumaguete you can settle in during your visit. That said, having a bit of knowledge about how Silliman came to be is instrumental to appreciating the campus better.

The idea of a school near the sea was considered by New York City businessman and philanthropist Horace Silliman at the end of the nineteenth century. To fully realize this idea, he donated $10,000 to the Presbyterian Board of Foreign Missions, intending to found an educational institution in the Philippines—a country he had never even visited before.

With this fund, in 1901, married couple David and Laura Hibbard established Silliman in Dumaguete as an elementary school for boys. Back then, Silliman was a humble institution, with only fifteen students enrolled, equipped with a few chairs and books. David served as the school’s president with Laura as the only faculty member.

Despite the small building, the couple had a great dream to pursue. Over time, more and more students enrolled, some even hailing from other Asian countries. Because of its growth, Silliman was finally recognized as a university in 1938, becoming the first American and Protestant higher education institution in Asia.

The university’s growth halted less than a decade afterward. During the Second World War, the Philippines fell to the hands of Imperial Japan, which expanded its reach to Dumaguete on May 1942. The colonizers forced the students and staff of Silliman out of Dumaguete, along with the rest of the city’s residents, with many fleeing to the mountains near the town of Valencia. Under Japanese control, the campus transformed into a military garrison, serving as headquarters and a detention center for the Imperial army.

However, despite the violent displacements and deaths, Silliman University stood strong. Professors in the mountains would resume classes in the form of a “jungle university,” thereby becoming the Philippines’ first community school. To resist their oppressors, Dumaguete locals assembled into guerrilla forces, fighting the Japanese alongside the Americans, effectively winning the city back in 1945.

Following this victory, the university switched from an American-led administration to a Filipino one. However, the war was not without its cost as parts of Silliman Hall, one of the campus buildings, were destroyed. Fortunately, many university alumni were quick to respond, donating funds to restore university structures that have been damaged by the war.

Only three decades following Philippine independence, life at Silliman University came to a halt once more. In the wake of the late Dictator Ferdinand Marcos’s announcement on September 23, 1972, placing the entire country under Martial Law, Silliman University was one of the first educational institutions mandated to shut down. Several faculty members and students were captured by the authorities that same day to be detained and interrogated for the whereabouts of subversive groups.

The Philippine Constabulary, now the Philippine National Police, held the political prisoners for months. They also continued capturing university members and raiding news presses and radio stations associated with Silliman even after its closure. Marcos himself, in one of his speeches in Dumaguete, threateningly criticized the university for supporting the opposition party, including the late Benigno Aquino, Jr.

As with the war, Silliman was steadfast in the face of oppression. During its closure, some students continued holding classes in the basement of the university church which was eerily named the Catacombs. A little less than a month after the announcement of the Martial Law, educational institutions were allowed to open back up except for a few, which included Silliman University.

Despite its turbulent history, Silliman University remains standing to this day as one of the top schools in the Philippines and Asia, earning accolades upon accolades. For instance, in 2002, the National Historical Institute recognized Silliman as a national landmark for its contributions to Philippine history. Moreover, due to its quality programs and faculty, Silliman is one of the top Philippine universities that have earned an Institutional Accreditation from the Federation of Accrediting Agencies of the Philippines.

Silliman’s facilities include an anthropological museum in Hibbard Hall, an Olympic-sized swimming pool, a zoo, a beach, and many more. Additionally, notable alumni from the university throughout its history include former Department of Education Secretary Leonor Briones, National Artist in Film Eddie Romero, and former President Carlos P. Garcia, among many others.

Now home to around 10,000 students and equipped with world-class facilities and research institutions, Silliman has come a long way from the fifteen students it initially had. However, despite its rapid developments and progress, an effort is still made to preserve and memorialize the rich history that occurred within the university gates. This ensures that no one will forget how Silliman University and the members of its community stood strong regardless of the difficulties that came their way, a reminder for anyone visiting to do the same.